If Hardy’s music is a 10 out 10 then his shows are definitely an 11 out of 10. Hardy goes hard and will be going even harder at the Township Auditorium, Columbia, SC on Saturday, December 3rd 2022 for his Wall to Wall tour. This show is going to be a banger, but you’re a real fan so you already knew that right? This show will contain a huge list of hits and a performance of the highest levels, It’s not something you’re going to want to miss out on. Go out and buy those tickets right now! 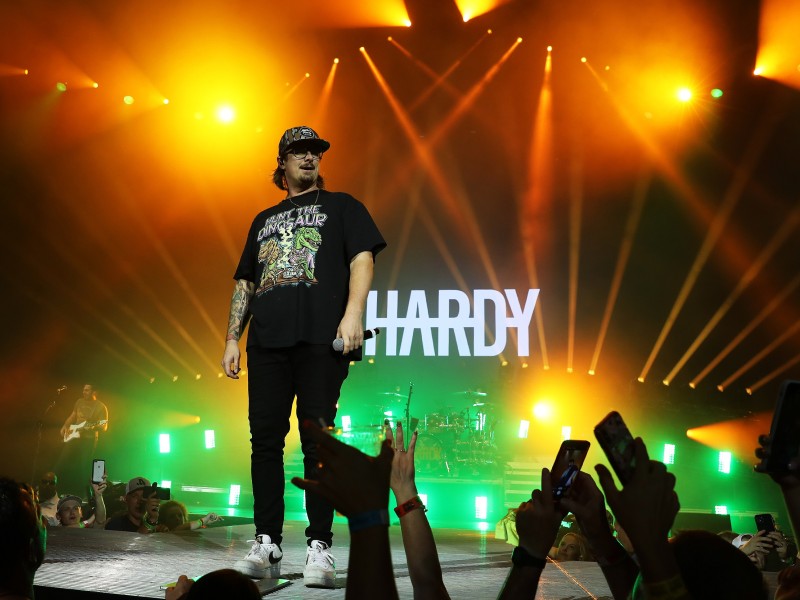 Hardy is a native of Philadelphia, Mississippi, and started off his career behind the scenes of country music by writing songs. At a very early stage, it was pretty obvious that he was a superstar writer. What was next? Well that’s obvious like all his real fans know, It’s becoming a superstar country musician and that is what he is, a Country Superstar!

The fans love him, and it's pretty obvious why, his music is very relatable after all, he owns who he is and wears it as a badge of honor. With clever lyrics and catchy country music themes, Hardy has got this genre on lock.

Unless you’ve been living under a rock, every country fan has heard of Hardy, but not only that, the genre's hottest hit makers are paying attention to. This rock star has a huge laundry list of hits that include 10 number 1 songs that include, UP and Down, Simple, One Big Country Song, God’s Country, Sand In My Boots and so much more.

Hardy is one of the hottest faces in country music right now and is performing live just for you. Be a fan and grab the tickets before it’s too late.

Sign up for our newsletter and get $5 off your first order!
You will also recieve a monthly “What’s On Guide” to your email!